A whiff of scandal in Mexican drug distribution

The so-called Panama Papers, a cache of documents from a Panamanian law firm involved in setting up offshore accounts for a global list of clients, points to a secret merger between two of Mexico’s leading drug distributors, which in turn points to rapidly rising prices for drugs in the country, according to a report published by the Wall Street Journal on June 20. Potentially, the 2015 acquisition could be canceled by Mexican antitrust authorities. The documents are from the law firm, Mossack Fonseca, and have had wide repercussions since April for European and Latin American government leaders, business managers there and in other parts of the world.

According to the Journal, Casa Marzam, the third-largest Mexican distributor, was acquired last August, following a government review, by an “obscure” Dutch firm, Moench Cooperatif, for $83 million. The combined companies now control 50% of the Mexican market. The Mossack Fonseca papers allegedly reveal that Moench was actually a front for Nadro SA, the country’s leading distributor. Nadro, as well as other Mexican distributors, typically sign pricing contracts with manufacturers—no controversy there—but the contracts can include minimum pricing for any seller in Mexico, which is considered anticompetitive. (The existence of these pricing agreements might spur a second investigation.)

Wal-Mart de Mexico and other pharmacy chains have seen drug prices rising “noticeably” since late 2015—12% since early 2014 overall, but over 40% for branded drugs; some chains are not stocking some drugs because of the cost increases, leading to shortages. A decision by government authorities to actually open investigations has not yet been made, and Nadro and Marzam executives declined to comment to the Journal. 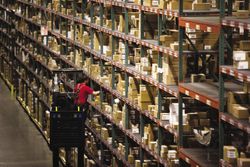