With partial support from manufacturers themselves, home health services are emerging as a critical channel for specialties

Patients, payors and healthcare providers are discovering that many healthcare services traditionally delivered in a hospital, long-term care facility or even outpatient facility can be delivered just as effectively—if not more so—in the patient’s home. “Home health” as a type of medical service includes skilled nursing, hospice care, geriatric services and pain management, among others; and while home health providers dispense many types of medications, this distribution channel is critically important to injectable specialty drugs.

For patients, home health services offer convenience (no travel), safety (no unnecessary exposure to hospital infection) and potential quality-of-life improvement. For payors, home health represents a significant cost savings. According to Russell Bodoff, president and CEO of the National Home Infusion Association (NHIA; Alexandria, VA), delivery of infusion therapy in the home is significantly less expensive than within a hospital setting.

According to IMS Health’s 2011 National Health Perspectives, home health represented a $2.8-billion retail channel for pharmaceuticals last year, up 7.7% over the prior year. Home health overall is a significant form of healthcare delivery: in Medicare alone, according to the annual report of the Medicare Payment Advisory Commission (MedPAC, an independent Congressional agency), payments for home health totaled $19.4 billion in 2010; Medicaid and commercial insurance add billions more. The service has seen dramatic swings over the past 20 years, as CMS alternately tries to take advantage of the potential cost efficiencies, and then sets tight limits on approved services to combat misuse.

The 30-year-old home infusion industry has experienced healthy growth the past few years and is somewhere between a $9-11-billion dollar field, Bodoff says. NHIA currently has about 400 members representing 2,000 sites of care nationwide. “Our members range from small to large national and regional infusion organizations, as well as single site independent or hospital-based providers.” The industry also has been subject to consolidations, with the past three years seeing “very significant M & A activity,” according to Bodoff. For example, Walgreens acquired Crescent Healthcare (Anaheim, CA) earlier this year, and late last year CarePoint Partners (Cincinnati, OH) purchased the home infusion and enteral division of Pediatric Health Choice (Tampa, FL).

Another group of players in the home health space are the specialty pharmacies that dispense not just infused drugs but also high-cost oral and injectable therapies directly to patients in their home. They, too, are experiencing tremendous growth, as the drug pipeline continues to pump out expensive, high-touch specialty therapies for serious medical conditions.

This year, Diplomat Specialty Pharmacy (Flint, MI) is expected to dispense close to one million oral products or self-injectables to 100,000 patients in their homes, according to Phil Hagerman, Diplomat CEO. The company’s revenue for 2011 totaled $780 million (for all types of dispensing, not just home health), after hitting $500 million in 2010. Diplomat’s biggest source of recent growth has been its specialty infusion division, which grew 200% last year, after the company “made an aggressive play to move into home infusion as new indications and new products opened up new opportunities,” Hagerman says.

The company relies on an extensive nursing network of 500 agencies to administer home infusions and deliver other patient services nationwide. While many of the company’s patients are still in Michigan, Diplomat is becoming better known as a national specialty pharmacy: “We’re doing business in every state, and in every disease state,” Hagerman says.

Oncology is Diplomat’s largest sector of business, followed by immune deficiencies and rheumatology. The company maintains seven so-called centers of excellence—like oncology, immunology, HIV and hepatitis—and patients are assigned to one based on their condition. Each center is staffed with patient care coordinators, reimbursement specialists, pharmacy technicians and other support personnel—all of whom understand the commonalities and challenges of that particular disease state.

While Diplomat deals with volume, an example on the other end of the spectrum is Centric Health Resources (Chesterfield, MO), which dispenses a handful of drugs to patients suffering from rare and orphan diseases (typical patient populations are under 6,000).

Centric serves as the sole-source provider of the orphan and ultra-orphan drugs in its portfolio. “There’s a lot of advantage to doing that, not the least of which is to build a consistent patient experience across the board,” says Craig Kephart, president.

Instead of purchasing the drugs wholesale from the manufacturer and then selling them to patients, Centric is not involved in the buying or selling of product, in an effort to keep the costs of already expensive therapies down. “When you think about it, drug companies outsource the manufacturing—we’re just extending that all the way to the patient level,” Kephart says. “You can now contract services to get your product to your patient without having to go through a ton of intermediaries.”

Centric maintains its own network of nurses, who, Gephardt says, provide a higher level of expertise around these types of specialty products, but most large, national payors require the company to contract with specific nursing networks.

According to Michelle Hefley, COO of Centric, ensuring the quality and skill level of the nurses that actually go and administer care is one of the biggest challenges facing specialty pharmacies that work in the home health space. “It takes someone with a certain level of experience and skill set,” she says. “And that goes beyond needing a strong clinical skill set. They have to be able to work independently, since they’re generally moving from place to place.”

Like most specialty pharmacies, Centric Health Resources offers reimbursement assistance and patient education and support, in addition to the actual dispensing and administering of the drugs. And after merging with Dohmen last fall, the company has added pharmacovigilance and adverse event reporting to its offerings.

“Physically, a pharmacy doesn’t have the time or the staff to really work with the pharmaceutical manufacturers,” says Thomas Cohn, chief strategy officer for Armada. “We add efficiencies to the whole system, and we do it in a way that doesn’t add cost but brings more value to the patients and helps improve outcomes.”

Pharmacies are required to provide pharmacy counseling services to patients, but today’s specialty pharmacies are going above and beyond to help patients better manage their health and improve health outcomes. For example, Centric’s patients have secure access to a peer health coach—another patient diagnosed with the same condition who is trained to provide education and counseling, among other non-medical interventions. “These interventions are designed to drive behavior change—more and better decisions by patients related to their health, such as nutrition, protocol adherence, regular health monitoring, recognizing and dealing with stress, and the importance of addressing health issues,” the company explains on its website. “It’s a patient engagement model,” Kephart says. “That’s how manufacturers of these very expensive drugs can create a value proposition.”

Dean Erhardt, principal of D2 Pharma Consulting LLC (Saint Charles, MO) points out that most of these patient support programs are provided on a fee-for-service basis, with the fee being paid by the drug manufacturer.

At Diplomat, as the company continues to grow, one issue to grapple with will be maintaining a high level of service for patients as volume increases. “We’re finding ways to be more efficient with the patient,” Hagerman says. “One example is using text messaging instead of picking up the phone and calling them. We want to keep them engaged but do it in a way that’s more efficient than in the past.”

Indeed, the mobile phone—and in particular, the smartphone—will play an important role as more healthcare services are shifted out of hospitals, doctors’ offices and long-term care facilities. Meanwhile, the healthcare app business is a $1.3-billion marketplace, and there are 13,000 patient-centered healthcare apps in the app store, according to Carolyn Buck Luce, global pharmaceutical leader at Ernst & Young (New York).

“The other thing to remember is patients are consumers, and consumers have been using technology and gotten used to technology to manage many things,” she says.

Industry leaders agree that the home health market is going to continue to grow thanks to a number of factors. The first is the drug pipeline. “I expect there will be significant growth in the next few years,” Erhardt says. “There are some new pipeline drugs coming out that help support home health services. And some specialty pharmacies are focusing on this as a growth potential and enhancing these business lines.”

Another driver of growth will be cost-containment initiative by payors, particularly as baby boomers get older and start to require even more care for their medical conditions. But while an aging population is responsible for much of the industry’s growth potential, it’s also one of the biggest obstacles. That’s because as baby boomers age into Medicare (it happens every eight seconds in the US, according to Luce), reimbursement becomes an issue. While the drugs themselves are covered by Medicare, home infusion equipment, supplies and services are not. These uncovered expenses make up about 50—60% of the cost of a home infusion, according to NHIA’s Bodoff.

Legislation—the Medicare Home Infusion Therapy Coverage Act of 2011—has been introduced in Congress that would cover these home health services under Medicare, but progress has stalled in the wake of healthcare reform. “Until we know more about where healthcare reform will land, I don’t expect anything to happen with the Medicare reimbursement issue,” Erhardt says.

Medicare is the only national payor that doesn’t provide coverage for home infusion services, but that doesn’t mean other payors make it easy. According to Centric’s Hefley, reimbursement is a constant challenge: “A drug that we are providing services for could fall anywhere in their coverage,” she says. “Understanding those nuances and being able to attain the best coverage for patients is a challenge that encompasses all payors, not just Medicare.”

Centric’s Kephart worries that payors will start to pay more attention to the cost of specialty products administered in the home, especially as more patients begin taking orphan or ultra-orphan drugs. “Reimbursement approval hasn’t been a big issue, because you’re talking about a small number of patients,” he says. “While the cost of the prescription is high, no one plan has that many patients on the therapy. But as the marketplace increases, there’s probably going to be a lot more 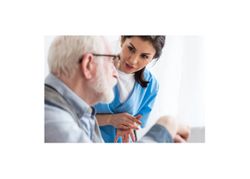 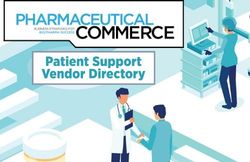